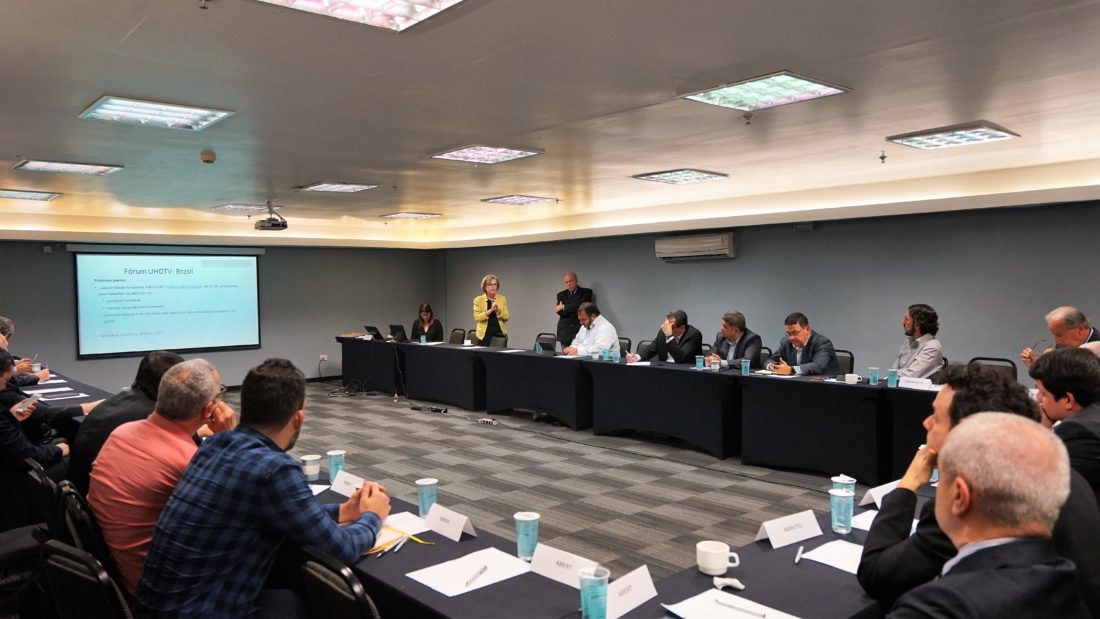 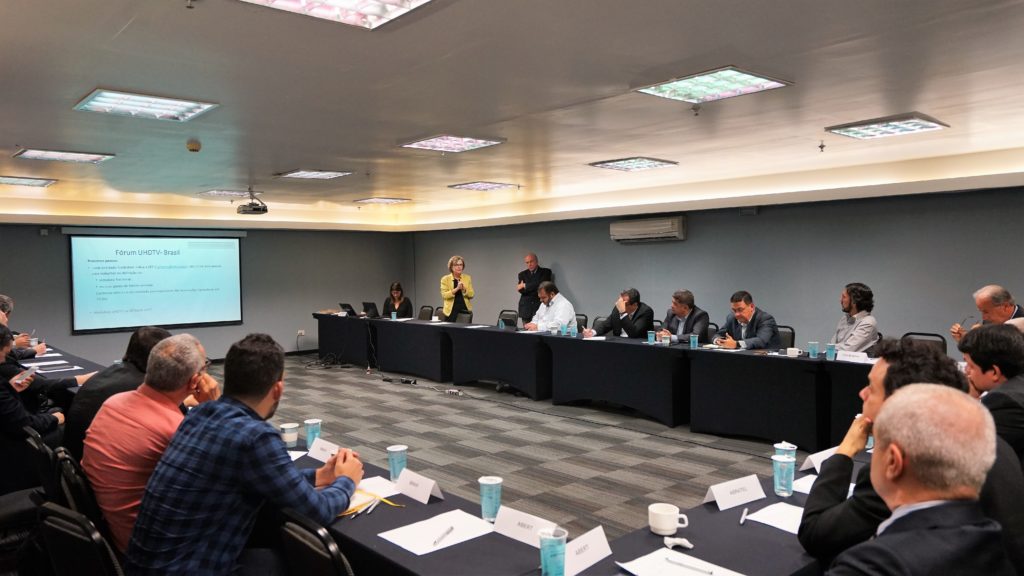 Attendees at the meeting about creating the UHDTV Forum. Photo: Tainara Rebelo

SET met this Monday (10), in São Paulo, with partner entities and associations to discuss the proposed creation of the Brazil UHDTV Forum. Present were the SBTVD Forum, ABERT, ABRATEL, ABTA, BRAVI and ELETROS.

“Right now, we are finalizing the switch over to Digital TV in Brazil, but that doesn’t mean that we are going to stop there; the world is still going around” SET President, Liliana Nakonechnyj, pointed out. Thereafter, she raised the question: “In what way can SET, which has contributed so much to this first generation of digital TV, help to contribute to the on-going advances of the television sector using all the media available here?” 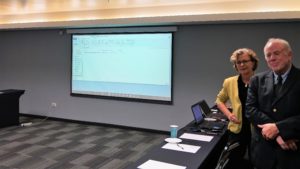 Liliana presented global data, including estimates for the year 2020, when 450 million homes will have UHDTV and there will be 23 million terabytes of video traffic – on mobile devices – per month. “The discussion is not about the higher special resolution of the video, in other words, about 4k and 8k, but also about the other advances in video and audio that are enriching the experience of watching television: such as time resolution, the dynamic video range, the depth of color and immersive audio. These are developing technologies that are beginning to be implemented in other parts of the world. And in Brazil, what are we doing to prepare for this?” she asked.

SET proposes creating a joint working group with entities representing the different parts of the digital audiovisual chain – from production to consumption. As benchmarks, two related forums were presented, NexTV Forum, in Japan, and the Ultra HDTV Forum, in the USA.

“Our idea is to create a large working group to jointly study the technological advances and how to bring them to Brazil.” Liliana explained.

The UHDTV forum – the next steps

The proposal is for each entity to nominate two representatives to work on the structuring and basic rules of how the group is to function, which will consist of producers, TV stations, telecommunications operators including subscriber TV, consumer and professional industries, “and will require the active involvement of universities and R&D centers,” the president of SET went on to add.

It was also decided that an initial UHDTV workshop will take place during the 2017 SET EXPO. 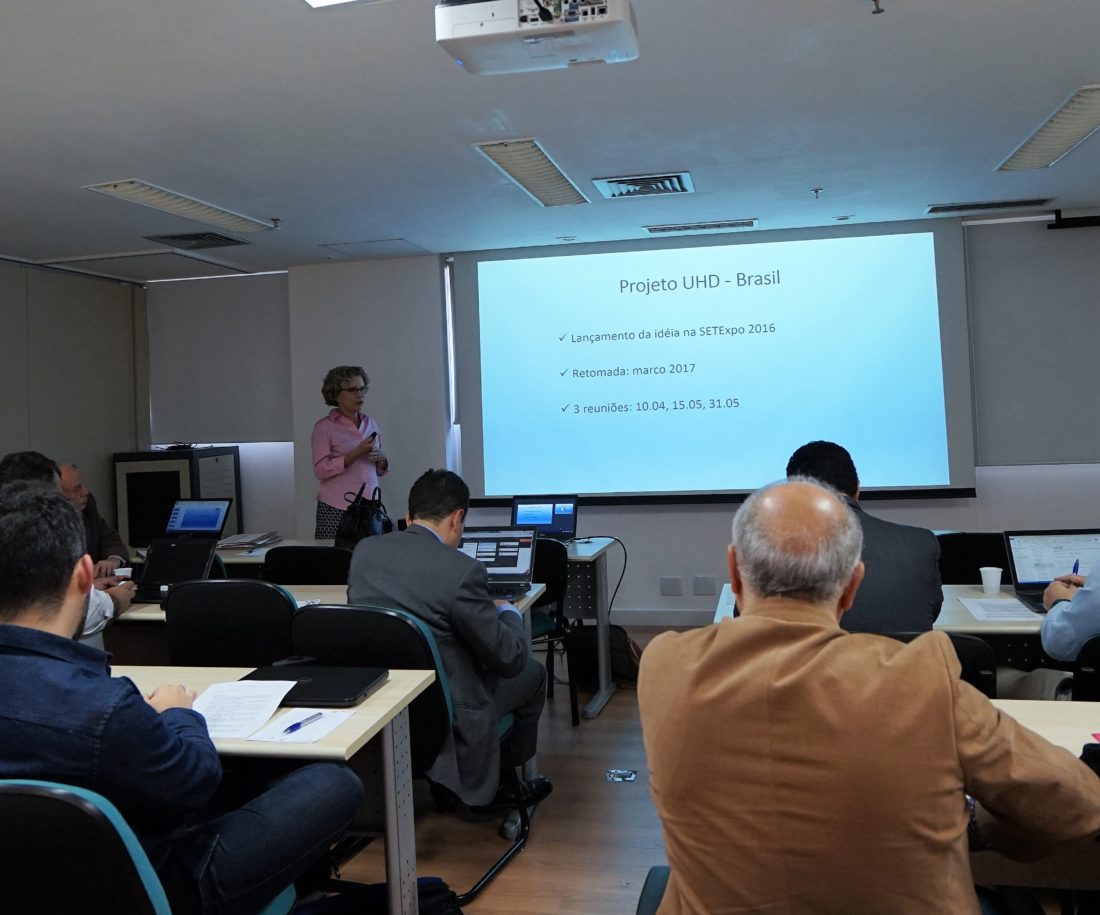 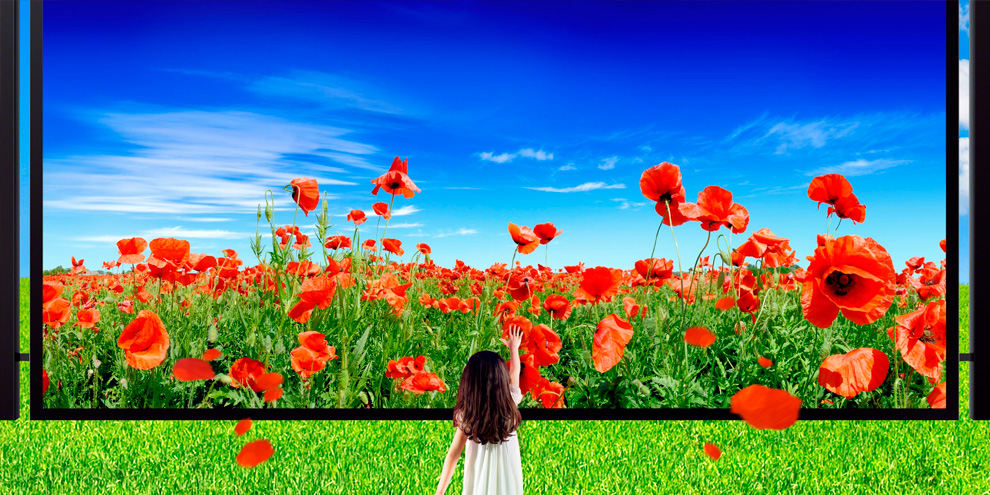