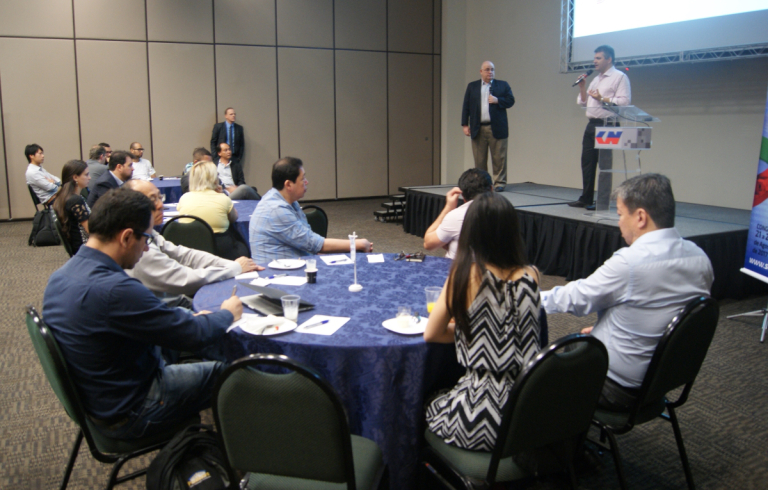 One of the key novelties of SET EXPO 2017 is that it will be held jointly with the AES Brasil Convention 2017. At the event, the management of SET and of AES Brazil presented the event floor plan and the spaces to be commercialized by other organizers, as well as their new sponsorship programs. At the forthcoming edition, both events will fully occupy Red Pavilions 1 and 2 of the Expo Center Norte.

During the launch event, the key features of SET EXPO were explained and an indication was given that by next October 31, exhibitors will have time to submit their Early Bird reservations for the meeting that will define the positions of the stands.

Claudio Younis, marketing director of SET, explained that the partnership means that the two associations can work together and “that in certain aspects the events are independent, with independent commercialization, but that several points will be handled jointly, such as commercialization by AES together with the SET event. This change means that AES Brasil Expo and SET EXPO may have an audience of over 18,000 people in 2017”.

The key drivers behind the partnership are the entities’ complementary nature and the synergy between the segments in which they operate. The joint events will have over 200 exhibitors representing around 500 Brazilian and international brands, and should attract 18,000 participants and produce a turnover of 50 million dollars. “This partnership creates the key meeting point and discussion forum of the media and audiovisual industry in Latin America”, says Claudio Younis.

“We want the event to increasingly transcend the Brazilian market and continue advancing so as to remain the largest event in Latin America in audio, video and new medias,” Younis said, adding that “we are considering unifying the two target audiences of AES and SET through events where we work in tandem and leverage the synergies of both associations.”

The 29th Technology Conference will once again run over four days and will be distributed in multiple rooms at the Convention Center. The Products and Services Trade Show, in turn, will occupy the Red Pavilion over three days, with the expectation of hosting over 18,000 visitors from over 30 countries, in addition to around 200 exhibitors.

Paulo Galante, Media and Sponsorships Manager at SET, summarized SET EXPO 2016 by presenting a satisfaction survey carried out by SET among the exhibitors during the event held last August. Galante explained that the survey was taken by over 50% of the exhibitors, brought some fresh perspectives and “is representative, revealing the interest of exhibitors in helping us improve the event year after year”.

In his eyes “the outcome of the event and the global perception is that it was a positive event”, even in a year of economic and political crises. “The survey reflects what we noticed in our conversations. Indeed, in a level from 1 to 6, where 1 meant not at all satisfied and 6, very satisfied, the average evaluation of the pavilion infrastructure was 5. Security attained an average of 5.  In the case of the qualification of visitors, the average was 4.8. The organization of the event and overall cleanliness was awarded 5.2, while exhibitor services got an average of 5.1”.

The floor plan of the trade show was conceived in the “form of islands, points and corners that enabled us to distribute the stands so that their flux and operation benefitted the exhibitors. For 2017, the positions for the institutional partners of SET have already been defined, while the Start-up industry with the greatest investment in this sector will have a space of 125m2, because this space has afforded us a lot of visibility, not just commercial, but also institutional”, Galante told the executives present in the Cantareira 2 Room of the Expo Center Norte.

Other important initiatives mentioned by Younis at the launch of SET EXPO 2017, will be an augmented “SET Studio” which in the next edition, in addition to producing content for the SET YouTube channels, will try to be a space that serves to enhance visibility and increase the audiovisual production of SET EXPO”. 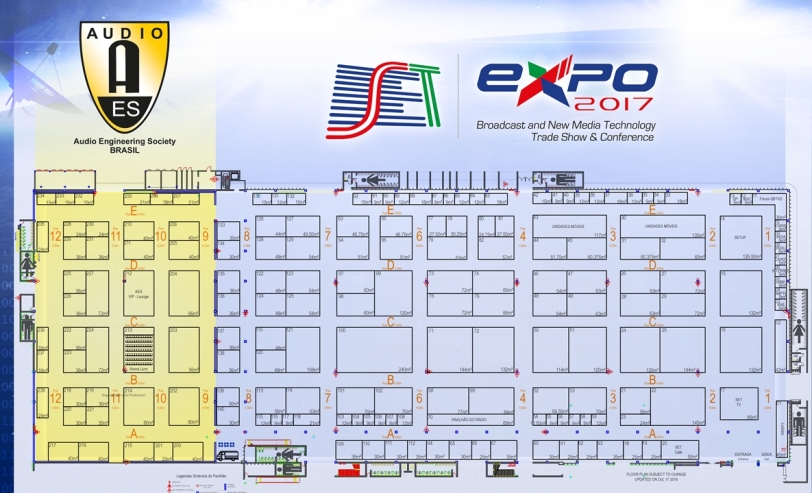 Galante said that the commercial policies and price tables are similar, since “the base price for stands at SET EXPO and AES Brasil Expo are the same. So, bookings made by October 26 will be grouped according to the total area requested by the exhibitor. Exhibitor groups will be invited to participate in choosing the location of the stands at SET EXPO 2017, on October 31 at the SET central offices in São Paulo, according to the timetable established in advance by SET. In the session intended for each group, participants will have their priority of choice defined according to their rating in the SET Loyalty Program”.

The SET director went on to say that “once the first phase is over, future allocations of stands will depend on availability at the time of the booking and the respective agreement”.

At the event, several key players in the market wanted to know if prices will be held in relation to the previous year, even though the pavilion and the majority of the suppliers have hiked their costs and prices by over 6%. “On this point, the partnership with AES is essential for keeping prices where they are, as it will help us proportion the fixed costs and maintain the prices,” Younis asserted.

The SET Media and Sponsorships Manager added that the SET price table follows a special discount policy of 10% for associate companies of SET or IABM. There will also be a discount for full advance payment, which could be as high as 30%, while the “SET EXPO 2017 launch price” is same as that of last year for the 2016 edition”.

By Fernando Moura, in São Paulo. 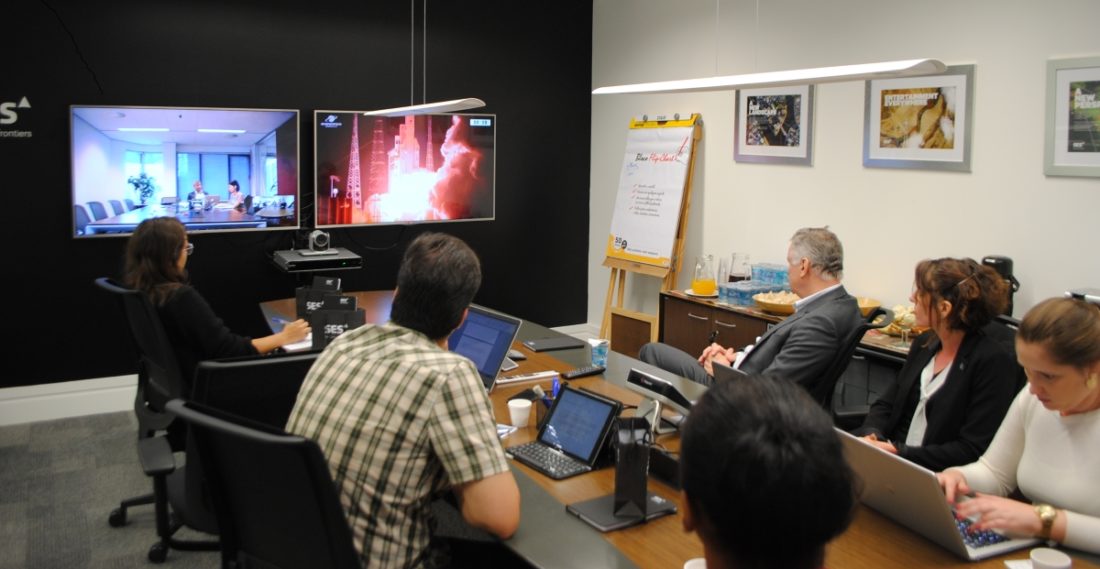 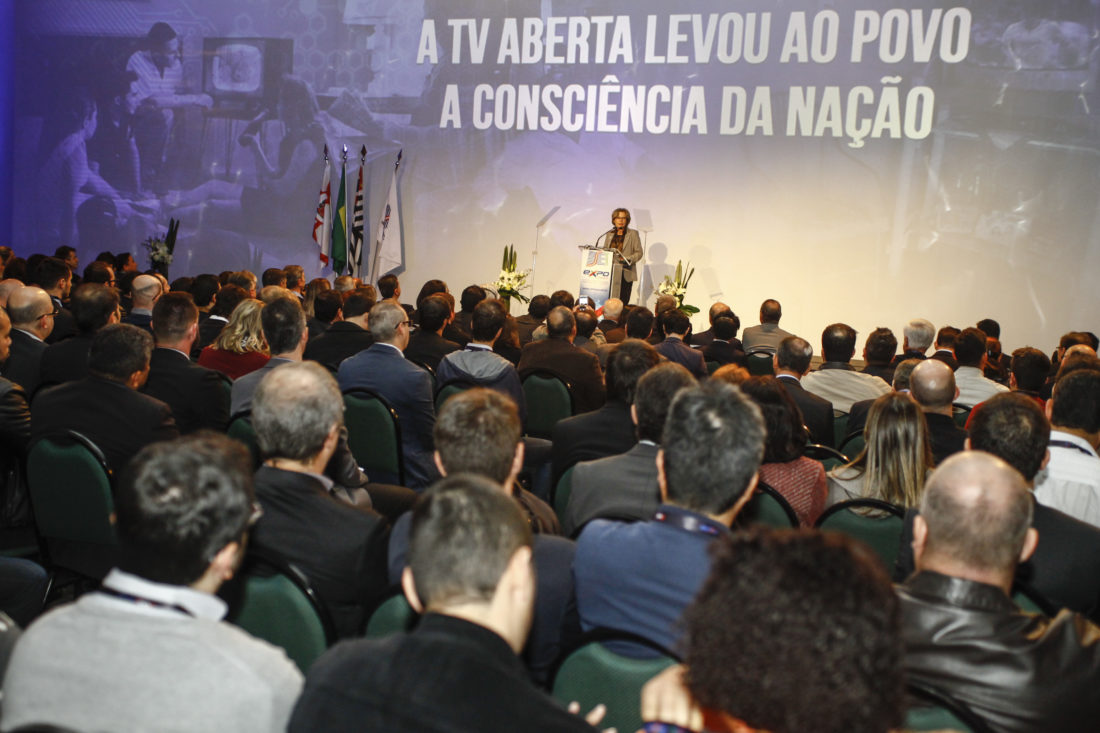