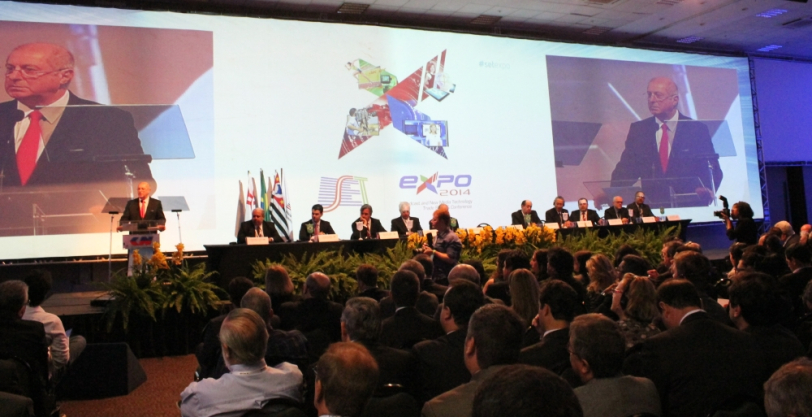 Specialists debate how to counter audiovisual piracy in a panel; fraud results in annual losses of R$ 130 billion

A survey by the Technical Chamber on Combatting Piracy, under the Ministry of Culture (¹) indicates that Brazil is the fourth country in the world in consumption of pirated audiovisual products, causing losses of R$ 130 billion per annum. Contrary to what many people imagine, sales of pirated DVDs and operations involving “gatonet” are just a few of the modalities of this crime.

To provide a general overview of the problem and its challenges, Brazil’s leading specialists in content security will be on the panel “Countering audiovisual piracy”, which takes place from 3:40 to 5 pm on August 27 within the 31st Technology and Media and Entertainment Business Conference organized by SET EXPO, the largest technology, media and entertainment business conference in Latin America, which runs from August 27 to 29 at the São Paulo Expo.

“Primarily, in the wake of growth in access to video streaming on the internet, audiovisual piracy previously confined to sales of pirated DVDs and “gatonet” operations in several locations, has taken on unprecedented proportions. Today, the number of Brazilian households access pirated TV rivals the largest Pay TV operators, reducing the industry’s revenues”, says André Felipe Teixeira, content security manager at Globosat and moderator on the panel.

According to him, various aspects of this issue will be explored, ranging from the illegal models to be found and more effective protection tools, through distribution strategies and infrastructures used, to the impacts on the legislation and the way in which government entities are responding.

“Combatting audiovisual piracy requires a much wider view of the problem. It’s not just a question finding targets and remover pirated content. There are legal issues, partnerships with platforms, with government entities and infrastructure providers, in addition to intensive use of technology to assist in this fight. The panel will debate this entire ecosystem”, he explains.

Teixeira will have the company of three other speakers: Anderson Torres, security operations manager for Latin America of Nagra; Ygor Valente, CEO of LtaHub; and Antonio Salles Teixeira Neto, senior consultant for coordination at the anti-fraud center of the ABTA (The Brazilian Subscriber Television Association).

SET EXPO, now in its 31st Conference, expects to attract 2,000 attendees, who will watch over 50 panels and 200 talks over the four days of the event. The program schedule includes topics on radio and audio; AV contribution and infrastructure; innovation and disruptive technologies; content production; audiovisual distribution and regulatory and standardization issues.

Divided into a Conference and a Trade Show, SET EXPO is the largest technology and media and entertainment business event in Latin America and one of the world’s largest. This year, for the conference alone 2,000 attendees are expected, with an additional 5,000 at the Trade Show, from 38 countries, invading the Red Pavilion and the Expo Center Norte Convention Center to check out the novelties of 150 exhibitor companies representing over 400 Brazilian and international brands. The event takes place from August 26 thru 29.

Conference passes are on sale and there is a progressive discount depending on the number of days purchased. Entrance to the Trade Show is free.